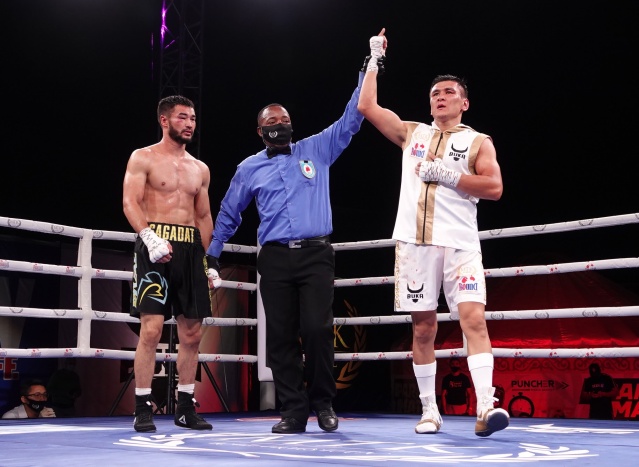 The event will take place at the MTK Fight Night event at Production Park Studios in South Kirkby, Wakefield, Yorkshire, England and will air worldwide on IFL TV and live in the United States on ESPN+ in association with Top Rank. It will be Kulakhmet’s first time to compete in the U.K.

“I’m excited to fight on this MTK Fight Night card,” Kulakhmet stated. “It’s a big opportunity for me to show the UK fans who I am in boxing. My debut fight was interesting in my country because my opponent was a three-time champion of Kazakhstan and had good experience in professional boxing but I showed my skills.”

Kulakhmet made his professional boxing debut on August 23, 2020 at the Tynyshpayev Academy of Transport and Communications in Almaty, Kazakhstan. He defeated his fellow Kazakh boxer Sagadat Rakhmankul, 27, via corner retirement in the fourth round in a super welter contest refereed by Paul Tuzinde.

“I know a lot of guys in the UK but I don’t know much about McGowan,” Kulakhmet said. “I watched his fights on YouTube and I will show sharp, classy, high-quality boxing that I hope all of my fans will enjoy.”

Also on the card of the upcoming MTK Fight Night event is a bout between Paddy Donovan and Jumanne Camero. Jack Rafferty will take on Tom Hill while Hassan Azim is making his professional boxing debut against MJ Hall.

Moreover, Inder Bassi will face Jack Martin. Lewie Edmondson will return and Danny Murrell will enter the paid ranks for the first time.