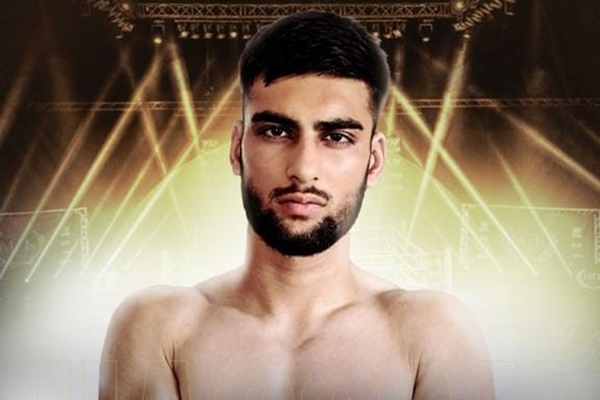 The MTK Fight Night event  will air worldwide on IFL TV and live in the United States on ESPN+ in association with Top Rank. One of the undercard bouts is a welter contest between Azim and Hall.

“I am very much looking forward to making my professional debut,” Azim said. “It has been a long time coming and it is now nearly here. I am known for my power and the professional ranks will suit me better.”

“I am still going to use the footwork like an amateur but I will be able to slow it down and throw the right shots,” Azim continued. “It’s not a race. It is a marathon.”

Azim was born in Pakistan on October 27, 2000. As an amateur, he represented Team GB, won a bronze medal at the 2018 Youth Olympic Games in Buenos Aires, Argentina, took silver at the European Youth Championships and claimed six national titles.

The British-Pakistani boxer has been enjoying the transition into the paid ranks. He has lifted the lid on how things have been going alongside his talented brother Adam Azim, 17, who is also set to make his professional debut with MTK Global in the near future.

“I train with my brother Adam, and nobody trains harder than him,” Hassan shared. “He is an inspiration and what you call a motivator. We not only test each other but we motivate each other, too. We are always trying to beat each other’s targets and records so it’s great having someone there all the time pushing you hard.”