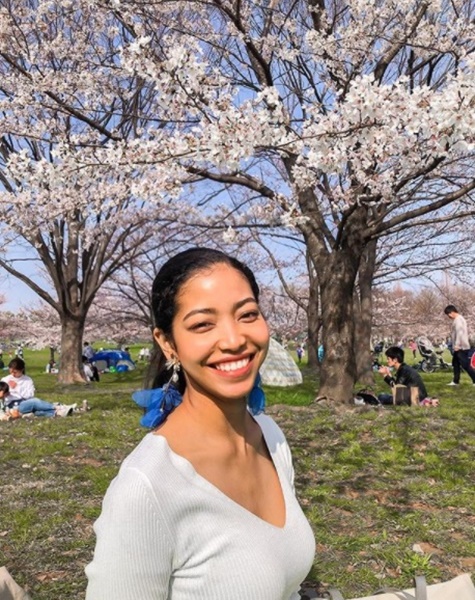 Miss Universe Japan is seemingly making a statement to promote the beauty of hafus or biracial citizens in Japan. In its 23rd edition, four of the candidates in the Top 5 are of mixed race.

It was Tochigi’s second time to compete in the beauty pageant that selects Japan’s representative to Miss Universe. When Tochigi joined Miss Universe Japan 2019, she finished in the Top 5, losing to Ako Kamo (加茂 あこ) of Hyōgo, who was unplaced in Miss Universe 2019.

Born on January 4, 1996 to a Ghanaian father and Japanese mother, Tochigi grew up in Japan and has been involved in volunteer activities both in Japan and Ghana since 2006. She is 5’8″.

Tochigi is the second Miss Universe Japan who is hafu or of mixed race. The first one was Miss Universe 2015 Ariana Miyamoto (宮本 エリアナ), 26, of Nagasaki, the last representative from Japan to place in Miss Universe.

Miyamoto is African-American-Japanese. She finished in the Top 10 in Miss Universe 2015 in Las Vegas, Nevada, United States, which was won by Pia Wurtzbach, 31, of the Philippines.

✨Announcement ✨ (日本語の投稿もあります) Voting to become a finalist for Miss Universe Japan 2020 has begun! Last year I couldn't take the crown. But I still have my dreams that I want it to be real and this year is the year for me.🎉 I would like to ask you for your support to make it happen✨✨ Link in my bio Explanation below👇🏽 【Support Miss Universe Japan semi-finalists with entertainment supporter tickets】 https://t.pia.jp/pia/event/event.do?eventBundleCd=b2066628 The entertainment supporter ticket will be the vote for the candidate. The semi-finalists who won the 1st place in the total points earned can proceed to the final judging to be held at the next stage, the Japan tournament, as finalists (10 people planned). Please vote for Aisha Harumi Tochigi💓💓 Deadline: 11:59pm on Wednesday, October 28, 2020 Please feel free to DM me if you don’t understand the process:)