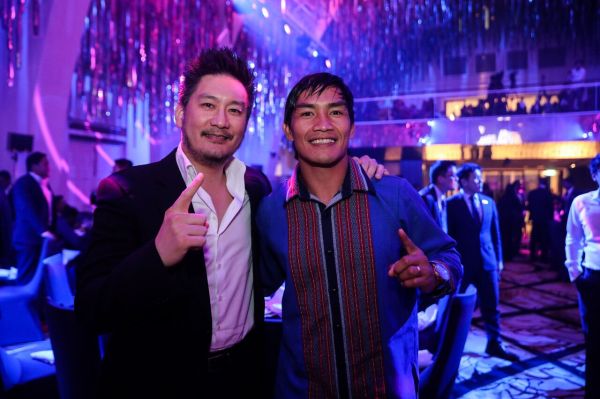 The carabao is the national animal of the Philippines, which is home to Eduard “Landslide” Folayang, 35. A mixed martial arts veteran, he believes that he is still too young to retire.

“We have a saying in the Philippines that only carabaos get old so, you know, I think it’s just like a fish swimming in water,” Folayang said when asked about his retirement plans. “If you take out the fish, it will die. I’m already in this sport and I’m enjoying it.”

“I think this is one of the things that I experienced being in the sport of MMA, putting in a lot of effort even in this age,” Folayang continued. “I believe I’m still fresh.”

ONE Championship chairman and chief executive officer agrees. He said, “When I look at Eduard and talk to him, I see that he’s hungrier than ever.”

“He’s always improving his skill set,” Chatri continued. “I think there’s many times in the last few years where Eduard Folayang was written off by some of the haters but the truth is he’s still very fresh and very strong and very athletic and very intelligent.”

Training out of Team Lakay in La Trinidad, Benguet, Philippines, Folayang has been competing professionally since 2007. He made his ONE Championship debut in 2012 and has held the ONE Lightweight Championship title twice.

Folayang is set to fight Antonio “The Spartan” Caruso, 29, of Adelaide, South Australia, Australia at “ONE: Inside the Matrix” at the Singapore Indoor Stadium in Kallang, Singapore on October 30, 2020. The latter said, “What I bring to the table that Eduard Folayang has not seen before is me.”

“Yes, he’s seen boxers, kickboxers, wrestlers, jiu-jitsu (athletes) but he has never fought me, Antonio the Spartan,” Caruso continued. “That’s exactly what I’m gonna bring to the ring come October 30th is myself and he’s going to have to deal with me. Just like I have to do with him, he has to do with me.”