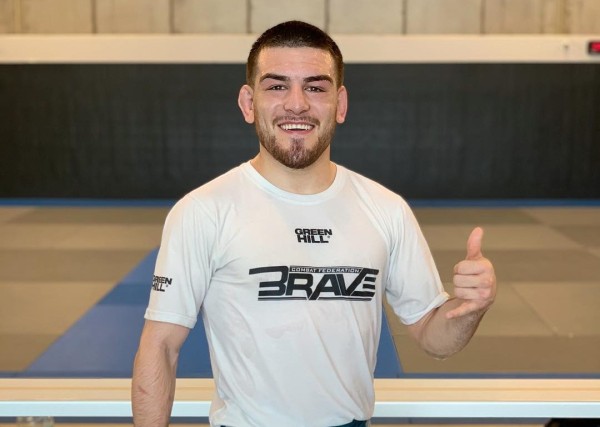 After several events in Europe, BRAVE Combat Federation is set to return to its home country Bahrain. The mixed martial arts promotion will hold Kombat Kingdom, a series of three events in three weeks in the country.

BRAVE CF officials have announced that reigning BRAVE CF Middleweight World Champion Daniel “Gaúcho” Souza Pereira, 28, of Curitiba, Parana, Brazil will defend his title in Bahrain. This will be his first title defense.

Pereira will be challenged by Mohammad “The Latest” Fakhreddine, 35, of Lebanon. The latter was supposed to fight Enrico “The Killing Machine” Cortese, 22, of Italy at “BRAVE CF 35” at Berăria H in Bucharest, Romania on July 20, 2020 but had to pull out of the card due to travel restrictions amid the new coronavirus (COVID-19) pandemic.

Torres is coming out of a unanimous decision victory at “Brave 23: Pride and Honor” at the Martyr Rashid Al-Ziyoud Hall Boxing Arena in Amman, Jordan on April 19, 2019. He defeated Amir “The Prince” Albazi, 26, of Iraq, Sweden and England, who is now a UFC fighter.

Another quarter-final matchup confirmed for the tournament is between Zach “Fun Size” Makovsky, 36, of Bethlehem, Pennsylvania, USA and  Abdul “Abba” Hussein, 22, of Espoo, Finland. The American contender is coming out of a successful BRAVE CF debut.

Makovsky defeated Velimurad Alkhasov, 28, of Grozny, Russia via split decision at “BRAVE CF 34,” which took  place simultaneously with “WFC 24: Caged” at the Hala Tivoli in Ljubljana, Slovenia on January 19, 2020. A Sambo world champion, the Russian MMA fighter is also expected to fight at the flyweight tournament against Flávio “Flavinho” de Queiroz, 28, of São Paulo, Brazil.

Finally, Dustin Ortiz, 31, of Franklin, Tennessee, USA will be making his much anticipated BRAVE CF debut in another quarter-final matchup at the tournament. He will face Marcel Adur, 28, of Balneario Camboriu, Santa Catarina, Brazil.

The Kingdom is ready 🔥🤙💪 Who else do you want to see in those action cards? @marcel_adur . #BRAVECF #Flyweighttournament #flyweight #flyweightoriginals #restart #return