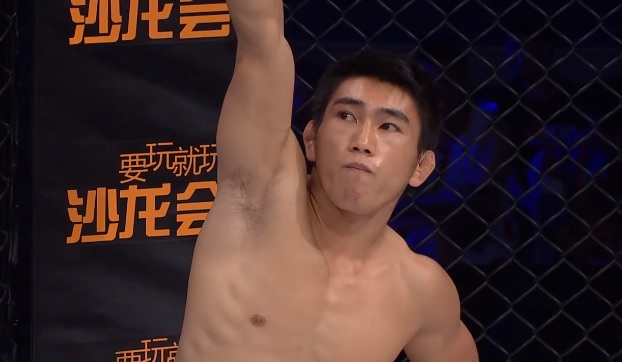 Chen Jie is one of the mixed martial artists who will represent China at “Legend FC 13.” He is set to face Legend Fighting Championship debutante Adrian Fok, 28, of Hong Kong.

Legend FC will hold “Legend FC 13” at the MGM Theater in Macau, China on September 14, 2019. It marks Chen’s third bout in the Hong Kong-based MMA promotion.

Training out of Crocodile Fight Club in Chongqing, China, Chen brings a solid Brazilian Jiu Jitsu background. While he is known as a Chinese grappling sensation, he will have a slight advantage in the striking department when he faces Fox at “Legend FC 13.”

On September 15, 2018, Chen showcased his striking skills at “Legend FC 12” at the Tian He Stadium in Guangzhou, China. The Crocodile Fight Club athlete competed in the bantamweight tournament and made his way through to the final.

“This match I’ll combine my striking and grappling skills,” Chen said. “My opponent is strong on the ground and I look forward to that challenge if he makes it past my stand up.”

On the other hand, Fok believes that he has a stamina and strategy advantage. His plan is to finish his fight against Chen early.

“I know my opponent has a similar style and physique to me so it’s a great matchup,” Fok said of Chen. “I can’t really say what’s going to happen but I don’t think it will end in a decision. That I can promise.”

“Legend FC 13” will be headlined by Liu Lian Jie and Yuan Chunbo, who are both fighting out of China. The full fight card will be announced in the next few days.

Ticket information for the upcoming Legend FC event in Macau is available at www.tickets.mgm.mo. Meanwhile, here is a clip featuring Chen: