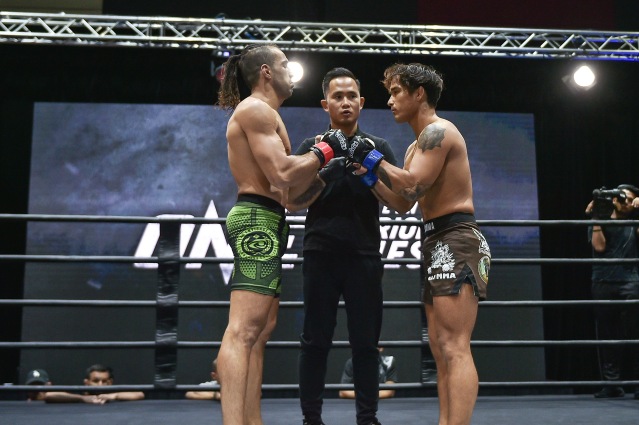 Fighting out of Iran, Ali Motamed, 28, was one of the winners at “Rich Franklin’s ONE Warriors Series” Season 7. It was his fourth bout in the ONE Championship subsidiary headed by mixed martial arts veteran Rich “Ace” Franklin, 44, of the U.S.

ONE Championship held “ONE Warrior Series 7” in Singapore on August 6, 2019 featuring one Muay Thai contest and 14 professional MMA matches. In the 13th bout of the evening, Motamed competed in an MMA match in the bantamweight division against Zechariah “Earth Man” Lange, 30, of the U.S. with Isaac Yap as the referee.

After three five-minute rounds, the bantamweight contest was left in the hands of the judges. In the end, Yap raised the hand of Motamed, who was declared the winner via unanimous decision.

Winning at “ONE Warrior Series 7” improved the professional MMA record of Motamed to 6 wins and 3 losses. He represents Team Envisage MMA.

On the other hand, Lange now has 6 wins and 4 losses. He trains out of Bali MMA in Bali, Indonesia. 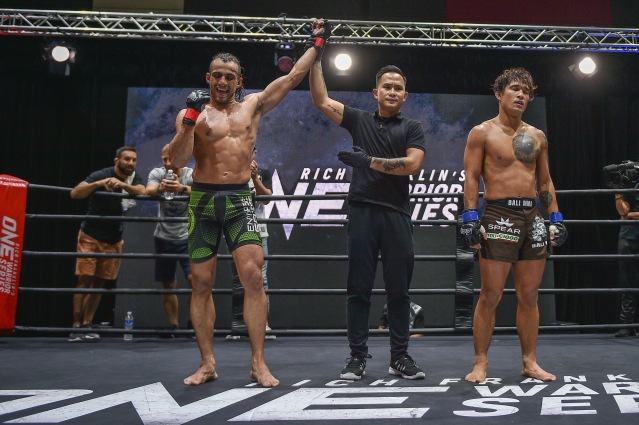 On February 28, 2019, Motamed faced Shinechagtga Zoltsetseg, 22, of Mongolia at “ONE Warrior Series 4.” The Mongolian contender knocked out his Iranian opponent in the second round.

Including Iran and the U.S., 16 countries were represented at “ONE Warrior Series 7.” The others were Australia, Brazil, Brunei Darussalam, India, Indonesia, Japan, Malaysia, Myanmar, Northern Ireland, the Philippines, Singapore, South Korea, Thailand, and Vietnam.

Born in Tehran, Iran on January 30, 1991, Motamed has been competing professionally since 2016. Before joining ONE Warrior Series, he competed in Bullet Fly FC, Full Metal Dojo, WBK and Chinese Kungfu Championships.

Check all the official results of “ONE Warrior Series 7” on Conan Daily. Watch all the 15 bouts here: