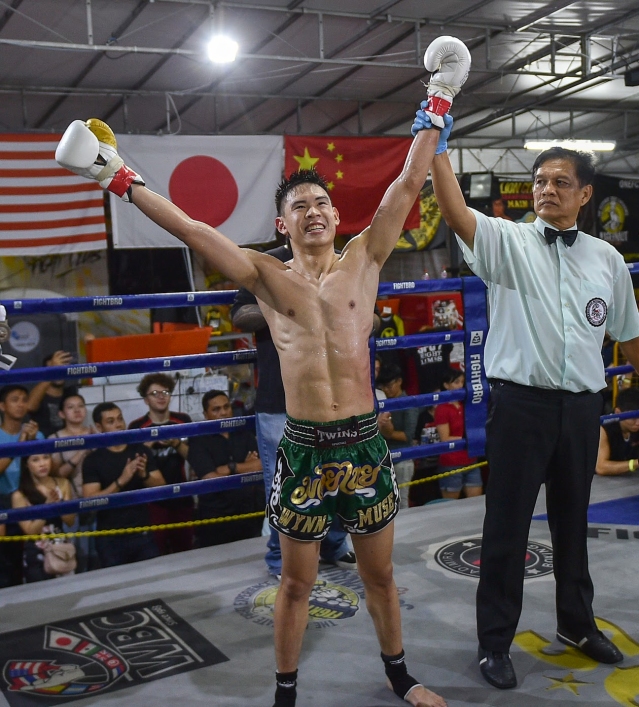 Neo nearly thrice threw his opponent over the ropes in his opening statement and remained dominant throughout the match. Chew, who went down in the fourth after taking a knee to the body, admitted that the WBC Muay Thai national featherweight champion’s aggression stifled his tactics.

“SFC 7: Eight Limbs” was also an impressive showcase of professional and amateur fighters. SFC continues to be the leading advocate for local fighters and a legitimate platform that elevates the level of combat sports in Singapore.

Singaporean fighters bossed the amateur category. But credit has to go to Indonesia’s MMA amateur fighter Ikrima Affan for his two reversals from the brink against Henry Yeo to deny Singapore a clean sweep.

Crowd favorite and Asia’s number one female boxer Nurshahidah “The Sniper” Roslie of Singapore did not disappoint by technically dominating the speedier Siriphon Chanbuala of Thailand. The Singaporean boxer had to wait for her TKO after her Thai opponent was saved by the bell in round four but the former promptly sealed her victory early in the fifth with her trusty body shot.

Muhammad “Mr Fantastique”Ashiq of Singapore breezed to a second round TKO against Yotchanchai Yakaeo of Thailand. The Thai contender left himself too open and the Singaporean fighter obliged with a few left uppercuts, some body shots and a hard right to down the Thai veteran at the end of round one.

The WBC International Silver Super Bantamweight champion turned up the heat in round two and wrapped up the match with another lethal combination. Meanwhile, watch all the “SFC 7: Eight Limbs” bouts here: