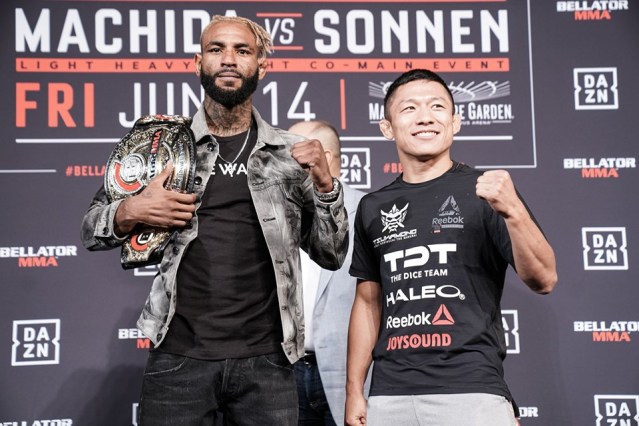 The United States and Japan were among the seven countries represented at “Bellator 222.” Bellator MMA held the mixed martial arts even in Madison Square Garden in New York City, New York, United States on June 14, 2019.

Born in Takasaki on October 12, 1990, Horiguchi started his karate training when he was 5 years old. As an MMA fighter, he has been competing professionally since 2010.

“Bellator 222” was the first Bellator MMA fighter of Horiguchi, who is currently signed in Rizin Fighting Federation. He competed in the Ultimate Fighting Championship from 2013 to 2016.

Born in Rahway, New Jersey, USA on December 19, 1987, Caldwell competed in wrestling at Rahway High School and North Carolina State University. As an MMA fighter, he has been competing professionally since 2012.

“Bellator 222” marked Caldwell’s 12th Bellator MMA fight. He has been reigning as the Bellator Bantamweight World Champion since October 6, 2017.

“Rizin 14,” which took place on December 31, 2018, marked the first time Caldwell and Horiguchi faced it each other. The Japanese contender submitted his American opponent.

Todd Anderson served as the referee of Caldwell and Horiguchi’s rematch at “Bellator 222.” After five five-minute rounds, the Bellator Bantamweight World Championship bout was left in the hands of the three judges.

One judge scored the bout 48-47 while both of the other two judges scored it 49-46. In the end, Anderson raised the hand of Horiguchi, who was declared the winner via unanimous decision.

Winning at “Bellator 222” improved the professional MMA record of Horiguchi to 28 wins and 2 losses. On the other hand, Caldwell now has 13 wins and 3 losses.

Lyoto “The Dragon” Machida, 41, of Brazil and Chael Sonnen, 42, of West Linn, Oregon, USA competed in the light heavyweight division in the co-main event. The Brazilian contender knocked out his American opponent in the second round.

Check all the “Bellator 222” results on Conan Daily.