[PHOTOS] Japan vs Russia: Tetsuya Yamada, Marat Gafurov fight at ‘ONE: For Honor’ in Jakarta, Indonesia 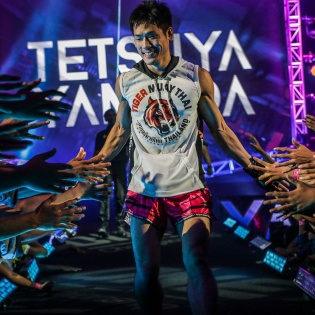 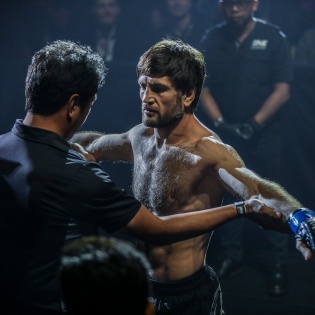 *More photos to be added after the bout

Japan and Russia were among the 16 countries represented at “ONE: For Honor.” It was the second ONE Championship event in 2019 that took place in Indonesia.

Featuring 10 mixed martial arts matches and four ONE Super Series contests, which are four Muay Thai bouts, “ONE: For Honor” took place at the Istora Senayan in Jakarta, Indonesia on May 4, 2019. The 12th bout of the evening was between Tetsuya “MMA Fantasista” Yamada, 29, of Yokosuka, Kanagawa, Japan and Marat “Cobra” Gafurov, 34, of Makhachkala, Dagestan, Russia.

Yamada was one of the four fighters who represented Japan at “ONE: For Honor” while Gafurov was one of the two representatives of Russia. Australia, Cambodia, China, England, India, Kyrgyzstan, Lithuania, Malaysia, Scotland, South Korea, Thailand, the United States and Vietnam were also represented.

Born in Russia on November 21, 1984, Gafurov has been competing professionally as an MMA fighter since 2010. He joined ONE Championship in 2014.

Gafurov is a former ONE Featherweight World Champion. “ONE: For Honor” marked his 10th ONE Championship bout.

Born in Yokosuka on April 2, 1990, Yamada has been competing professionally as an MMA fighter since 2007. A former ZST Welterweight Champion, he joined ONE Championship in 2016.

Yamada is training out of Top Team Makhachkala. “ONE: For Honor” marked his sixth outing in the promotion.

Yamada and Gafurov competed in an MMA match in the featherweight division. Kemp Cheng served as the referee.

After three five-minute rounds, the featherweight contest was left in the hands of the judges. In the end, Cheng raised the hand of Gafurov, who was declared the winner via unanimous decision.

Winning at “ONE: For Honor” improved the professional MMA record of Gafurov to 17 wins and 2 losses. On the other hand, Yamada now has 26 wins, 7 losses and 2 draws.

“ONE: For Honor” Main Event

Check the official results for “ONE: For Honor” on Conan Daily.