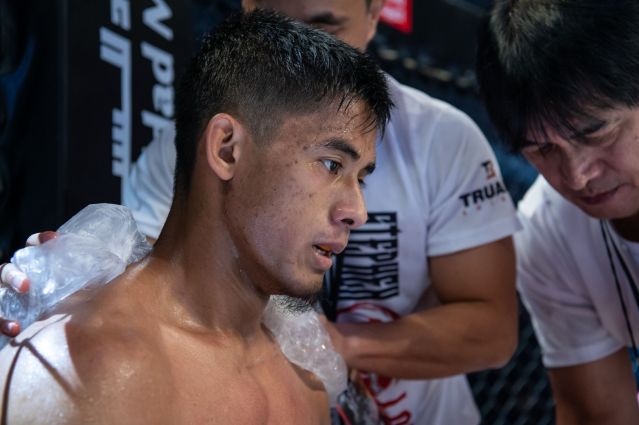 When Brave Bantamweight champion Stephen Loman takes to the stage to face Elias Boudegzdame this Friday, in the main event of Brave 22: Storm of Warriors, he will be fighting for more than the pride he feels for his country. He will fight to honor his family. Last week, one of Loman’s uncles passed away after falling victim of a hit and run incident, during the closing stages of his nephew’s grueling training camp for Brave 22.

Stephen Loman remains focused on the task ahead, but his teammates at Team Lakay can sense his sadness and have expressed their support, trying to make fight week easier for the champion, who successfully defended his belt twice before, and has represented the Philippines in different countries such as Bahrain and Northern Ireland.

“The Sniper” will dedicate the fight to his uncle, win or lose. He was one of Loman’s biggest supporters and was looking forward to watching his nephew rise to the occasion of representing the Philippines in the biggest global MMA stage once again, but this time as a member of the live audience. In order to appease his family’s grief, half of them have stayed behind in Baguio City, also to not distract Stephen and keep him focused on the tough task ahead.

Brave 22: Storm of Warriors marks the first time the biggest MMA promotion in the Middle East lands in the Philippines. The groundbreaking show will be headlined by Loman’s third title defense, against Elias Boudegzdame, and the co-main event will be a Lightweight bout between Ireland’s Cian Cowley and New Zealand’s John Brewin.