ONE Championship vice president Miesha Tate to relocate to Singapore 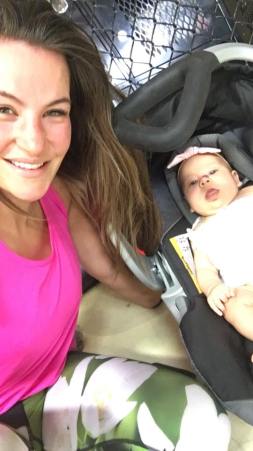 A pioneer of women’s mixed martial arts and a former MMA world champion, Tate is one of the biggest and most recognizable names in the martial arts industry. She stated, “I’m honored to bring my experience as a world champion and to help inspire the next generation of athletes and of course, I am excited to relocate to my new home Singapore and travel throughout Asia.”

Tate reigned as the UFC Women’s Bantamweight Champion from March 5, 2016 to July 9, 2016. She became a broadcast analyst after retiring from professional competition in 2016 with a record of 18 wins and 7 losses.

“I am thrilled to join ONE Championship as a Vice President,” Tate stated. “I truly believe in its mission of unleashing real-life superheroes who ignite the world with hope, strength, dreams and inspiration.”

Launched on July 14, 2011, ONE Championship is headquartered in Kallang, Singapore. The organization will hold “ONE: Heart of the Lion” at the Singapore Indoor Stadium in Kallang on November 8, 2018.

“It is both an honor and a privilege to announce that women’s mixed martial arts world champion Miesha Tate will be joining ONE Championship as Vice President,” ONE Championship chairman and CEO Chatri Sityodtong stated. “Miesha has been an incredible pioneer for the sport, and has been an inspiration for many young men and women. What impresses me most about Miesha is her humility, compassion, honor, and respect.”

“Throughout her career, Miesha has always exemplified the deep-rooted martial arts values of integrity, humility, honor, respect, courage, discipline and compassion,” Chatri added. “Not only is she a good friend but I am proud to have her represent ONE Championship on a global scale. I look forward to welcoming Miesha to her new home in Singapore.”