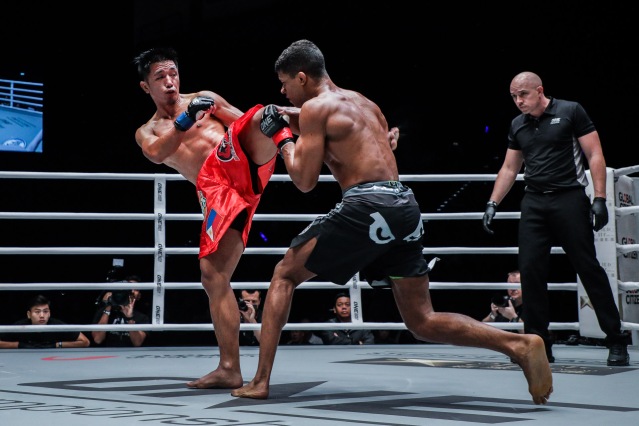 “First of all, I am glad to be a part of ONE Championship,” Johnson stated. “I am very honored and grateful to be a ONE athlete. It’s a huge move on my part, for my career.”

Fight fans are excited to know who Johnson’s first ONE Championship opponents are. The first names that come to mind are reigning ONE Flyweight World Champion Geje “Gravity” Eustaquio, 29, of Baguio City, Philippines and the division’s former champion Adriano “Mikinho” Moraes, 29, of Brasilia, Federal District, Brazil.

“I’m looking to come over to Asia and test my skills against the best in the flyweight division,” Johnson said. “I know those guys are animals. I know Geje and Moraes are beasts and I’m looking forward to getting into the cage with them.”

Johnson was the UFC Flyweight Champion from September 22, 2012 to August 4, 2018. After 11 successful title defenses, he was dethroned by Henry “The Messenger” Cejudo, 31, of Phoenix, Arizona, United States.

“At the end of the day, I feel that I am very young in my career and I wanted to try something different,” Johnson shared. “I’ve always wanted to travel the world and compete. I think ONE is a fantastic organization that represents incredible values, things that I also love to represent about this sport.”

Holding a professional MMA record of 27 wins, 3 losses and 1 draw, Johnson is coming out of a loss to Henry “The Messenger” Cejudo, 31, of Phoenix, Arizona, United States. The latter is now the reigning UFC Flyweight Champion.

Meanwhile, here is an interview with Eustaquio before he became a champion: